How Much Data Does Your VPN Use?
10 Day Free Trial
US Tech Support
Hours: 9 am - 6 pm EST
Truly Unlimited 4G LTE

How Much Data Does Your VPN Use?

Dodge internet censorship with a VPN

Many people use a virtual private network (VPN) to work remotely, dodge internet censorship, or browse the internet anonymously. A VPN can safeguard sensitive trade secrets, help people access blocked sites, and protect internet users from identity theft. While the benefits of using a VPN are clear, the cost of doing so is less clear.

All encryption processes, including VPNs, have bandwidth overhead that puts a strain on your internet network and – if you’re using mobile broadband – your monthly data limit. Let’s take a closer look at how encryption overhead works and how seriously it affects network performance and data usage.

How a VPN Works

A VPN is a security program that links your personal device to a remote internet network miles, states, or countries away. The program connects your computer (the “client”) to a server that intercepts all 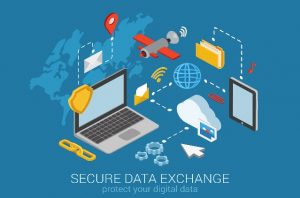 inbound and outbound requests to and from your device. So, if you send a confidential email to a client, your VPN will reroute it through another server, protecting the identity of you and your client.

A VPN encrypts every request that passes through it, protecting the content of each request as well as the identities of the parties that send and receive it. The VPN, then, fulfills the request by sending that email, loading that website, or streaming that video you wanted to watch. Each fulfillment is protected by the same end-to-end encryption as requests.

Like other encryption processes, a VPN increases bandwidth usage through something called “encryption overhead.” Encryption is kind of like armoring a vehicle. It takes more fuel to drive an armored vehicle and it takes more data to send and receive encrypted data.

A stronger VPN is also slower. Again, think about an armored vehicle. More bulk (and more safety) equals less speed. When a VPN puts additional strain on your bandwidth, download and upload speeds dip by approximately the same percentage.

A number of popular VPNs use 128-bit encryption to protect your data, including PPTP, L2TP/IPsec (128-bit), and OpenVPN (128-bit). These VPNs provide good protection with a low overhead.

Other popular VPNs use 256-bit encryption to protect your data, including L2TP/IPsec (256-bit) and OpenVPN (256-bit). These VPNs provide great protection with a high overhead.


Skirting Data Caps with a VPN

Some people believe (or maybe hope) that, since a VPN masks your requests, your internet service provider can’t track your data usage while you’re using a VPN. Theoretically, this could give you free data and shield you from “Fair Use” policies that throttle bandwidth. Unfortunately, this isn’t true. Although the VPN masks your request and sends data through an external server, the request still passes through your network. Your internet service provider won’t have a clue what was in the request, but it will know how big the request was and how much data it used. 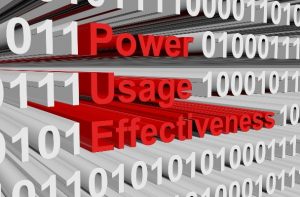 Generally speaking, a VPN won’t help you dodge data caps (unless you have a cap on a specific activity, like video streaming). Instead of free data, you’ll end up paying as much as 15% more to use a VPN. For most people, however, it’s a small price to pay for internet security.
ORDER NOW