How Much Data Does Video Streaming Really Use? 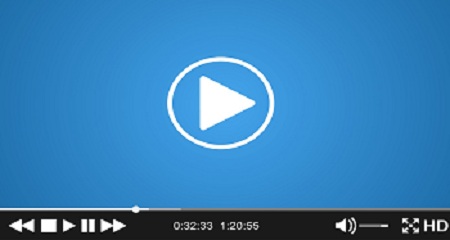 Recent studies suggest that, if anything, the problem is only worsening. A 2016 Roy Morgan study found that one in five Australian smartphone users repeatedly exceeded their data limit. Younger users, too, are far more likely to do so. One in three users between the ages of 14 and 24 frequently exceed theirs.

As you well know, every time you exceed your data limit you rack up overage fees. As of late 2017, the major mobile broadband carriers – Verizon, AT&T, Sprint, T-Mobile, or a local carrier – all charge around $15 per GB of overage data. These fees can add up fast, especially when video streaming is involved.

Picture quality isn’t what it used to be. No, these days it’s much, much better.High definition (HD) content – including high-quality video streaming and video conferencing – is the driving force behind unprecedented data use in the United States, Australia, and elsewhere. In fact, overall, worldwide data use has increased 4,000 fold in the last decade.

From nostalgic classic movies to the newest episode of Game of Thrones, people are also far more likely to stream video today than they were a decade ago. Younger internet users are the most likely to stream video or call their friends using Facetime, which might be why they exceed data limits more frequently. 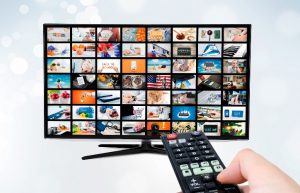 This is How Much Your Netflix Habit Costs You 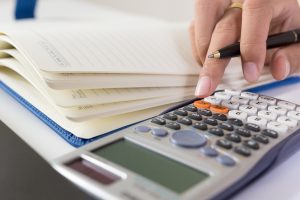 The surprising cost of data in Video Streaming

Did you know that streaming a single movie in ultra-HD could cost you as much as $210 in overage fees?

It seems insane (after all, that’s about 40x higher than the average price of a movie ticket), but HD video streaming really can use that much data. The first step to avoiding nasty surprises like the $210 smartphone movie is to know just how much data video streaming uses up. Whether you’re using fixed mobile broadband (home internet) or accessing the network on the go with your phone, tablet, hotspot, or laptop, these numbers will help you keep your data use under control.

Netflix separates its videos into four categories, each of which uses a significantly different amount of data during playback. You’ll find these same categories on video streaming services like Hulu and Amazon Video.

Low definition­­ videos use 0.3 GB per hour or less.

Standard definition videos use up to 0.7 GB per hour.

A great way to limit data consumption is to set your Netflix playback settings to low or standard definition. You can do this on the Netflix “Your Account” page by selecting “Playback settings” under the “My Profile” menu. On a standard, 2 GB/month plan, you could watch six and a half hours of low definition video without running into trouble.

Check Your Usage in Real Time

Most likely, your mobile broadband carrier offers a complimentary online or text message service that lets you track your data usage throughout the month. Verizon, in particular, gives customers easy access to useful information that tells you when, and how, you use your data.An app, like My Data Manager, can also help.

An app, like My Data Manager, can also help. My Data Manager tracks your data usage and sends an alert when you’re about to exceed your monthly limit. You can also set up custom alarms to alert you when, say, you’re halfway to your limit. 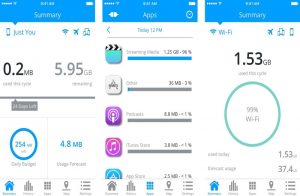