Rural solar PoE switch network provides power-source for a wireless router, a network video recorder and a video surveillance camera located in remote locations. As more and more tele-commuting professional Americans migrate from the metropolitan cities to rural America to raise their families and enjoy the natural beauty of the countryside, the need for high-speed broadband and staying safe has become a necessity to enable these families to communicate with the outside world while remaining safe. In most cases, these new country slickers are opting to live off the grid. This means relying on alternative power sources. 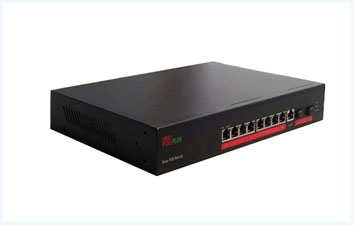 The target audience for this unique video surveillance and wireless 4G Lte broadband solution are folks who are either planning to live off the grid, or are living out there now. EvdodepotUSA provides a high-speed wireless 4G Lte router including a solar power solution that can power up a wireless router, video surveillance cameras and other devices that need to be connected to the network. This solar panel network includes a battery pack, a solar PoE switch with a built-in controller, solar panel(s) and Cat5/6 cables. Based on your needs, our engineering team can design a network from scratch and ship it in a box to your location, or we can provide you the components and a network map to do it yourself. 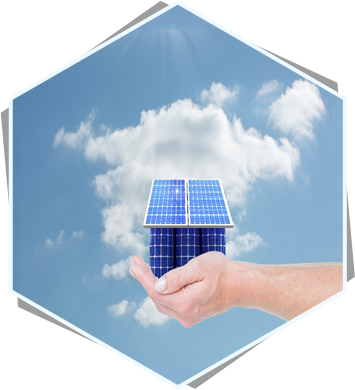 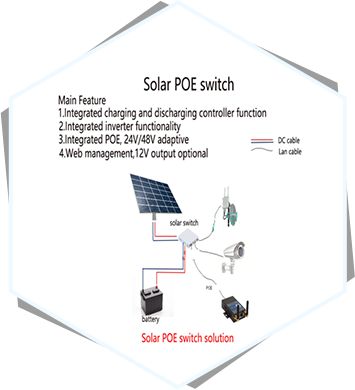 How Does the Solar PoE Switch Network Work?

The solar PoE switch is the center piece of the entire network. The managed solar PoE switch removes the need for a controller in the configuration.
The solar panel receives and harnesses the sun radiation which it stores converts into renewable energy in the battery pack. Next, the renewable energy is then transmitted via ethernet cables via the solar PoE switch to the devices that require power within the network; i.e., wireless router, video surveillance camera(s) and the network video recorder. Solar power networks are clean, free of pollutants, efficient, low maintenance, low cost and reduces the cost compared to electricity.
The main disadvantage with a solar based renewable energy network is that it is weather dependent, and storage can be expensive.
The system can be designed to support several hours of power for the device within the network.

What are the Benefits?

There are numerous benefits that can be derived from a rural solar power network that supports a wireless 4G Lte router and video surveillance camera(s) network. Some of the benefits of the network includes the following applications: Benefits will include the following:
• Forest Fire Monitoring
• Environmental monitoring
• Border Crossing Monitoring
• Monitoring aquatic farming location
• Monitoring any remote location without a conventional power source. 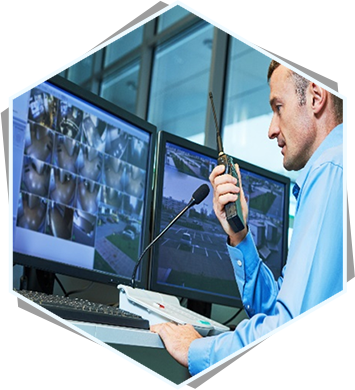 A solar PoE switch network provides a power-source for a wireless router, a network video recorder (NVR) and a video surveillance camera in remote locations that lack electricity. To increase the power output (Watts), you must increase the number of batteries and solar panels within the network.
• Key Components of a Solar PoE Switch Network:
• Solar PoE Switch (4 ports or 8 ports, plus two additional ports per switch))
• Battery Park
• Solar Panel(s)
• Network Video Recorder
• Surveillance Camera(s)
• Wireless 4G Lte Router
Call Us Now to Speak to an Agent: 866-439-6630
GET A FREE QUOTE
ORDER NOW